My name is Jamie Coville and this is my comic book history website. I'll start off telling you that Comic Books have been around in one form or another for over two hundred years. There is a lot of history to cover and I am doing it piece by piece. My coverage is detailed with a lot of cover scans in both small and large sizes. Every link within opens up into a new window so you won't lose your place in reading the history. What I have available now is:

Other things I've got on here include:
My original History of Superhero Comic Books with all of it's flaws left intact.
Podcasts of various Comic related Panels, Awards Shows and Interviews.
And for fun Comic Related Buddy Icons.

For those of you who are somewhat familiar with comic books have probably heard terms like Golden Age, Silver Age and so on. Those terms were created to describe the high points in superhero comic book popularity as the early writers of comic history were mainly superhero fans. There have been periods where superheroes were not popular or comics of other genre's were just as popular. Those periods were later given names like Atom Age, Bronze Age and so on. There are also debates on when certain ages start and stop. For a while people have been calling the last 20+ years simply Modern Age. There is currently more debating about what to call the more recent years - with Gold, Silver and Bronze taken people are wondering how many metallic names can we use before we start calling something the Tin Foil Age and laughing at it. I've broken with tradition because it needed to be broken. The old ways were limited in focusing on two periods of superhero comics with other periods tacked on as an after thought. Those labels are no longer apt for describing a medium that's grown as we have. Considering our long history of diversity, I question if they ever were.

In looking for a new way to write about comic book history, I discovered comic book stories differ quite a bit depending on where and how they are being sold. Free comics are typically all ages material meant to promote something. Newsstand comics are usually serial and designed to get you to come back and buy the next one. Underground comics sold in drug paraphernalia stores are often adults only and discuss taboo subjects. Book store comics (aka Graphic Novels) are typically thick books with a complete story (although that is changing). While there are exceptions to all of these the general standard usually holds true. By describing comic book history in this method I do not run into issues of picking one genre's popularity or running out of labels to use. I am also able to separate the different types of comics quite easily. But no system is perfect and this one is no exception, there are periods where the same comic books have been sold in more than one outlet at the same time. I'll split these up where I think best using a variety of industry information. I'll write my explanations when I get to those points.

I hope you enjoy the page.

Jamie Coville has been writing about comic book history since 1996. He has also worked in comic book press since 1998. His work has appeared in various books, catalogues and magazines.

This webpage and text is © , Jamie Coville. Unauthorized reprinting from this webpage is forbidden. If you want to use it, email me and ask first. I won't bite, promise. :)

FAIR USE NOTICE: This site contains copyrighted material the use of which has not been specifically authorized by the copyright owner. This material is used for educational purposes, which qualifies under the fair use clause in section 107 of the US Copyright Law. In accordance with Title 17 U.S.C. Section 107, the material on this site is distributed without profit to those who have expressed a prior interest in receiving the included information for research and educational purposes.

If you can donate some money via PayPal, it would be much appreciated. 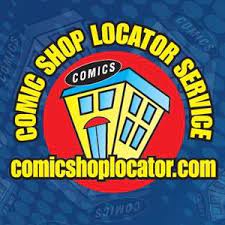